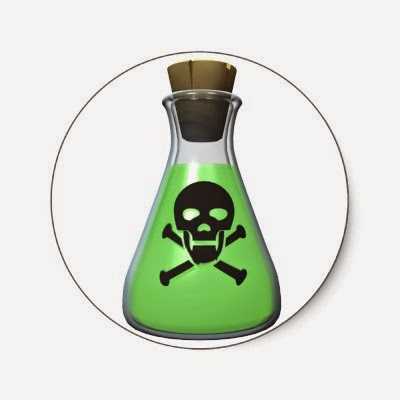 Today's post I hope everyone will find useful, but especially those who have grown up in a Christian atmosphere and those who have been Christians for a very long time. The reason for this is that this issue is most often experienced with those who have a lifetime of faith behind them. It can happen with new Christians, to be sure, but it is much less likely in the beginning.

The issue is this: we can never stop changing.

It may sound silly at first. Or perhaps too simplistic. Of course we never stop changing. We grow older, get more experience, follow along a general path of mountains and valleys and end up where we need to be.

My question is, are you actually changing for the better, or are you coasting on what you have known and learned your whole life?

I have been a Christian for 20 years. Before that I was raised from birth in the first 12 years of my life in a Christian home. I have 32 years of Christian experience under my belt.

I also grew up in a bridge generation. As I was born in the first year of the Millenials, I have a large amount of experience on both sides of the generational gap. I know life before wide-spread home computers, the internet, cell phones, and satellite TV. I also grew up as all those things became commonplace. This also means I grew up singing all the older songs of the church, doing the old activities of the church, and seeing examples of how things were. At the same time singing the newer songs that youth group kids are singing today, watching as new activities were created, and seeing how things have changed over time.

All these things I was normalized to as a child and teenager. This means I have a lot fewer walls up to change and newness, and no resistance to the old ways things are done. In short, I have a wealth of experience in old and new religious activity.

I do not say all this to brag on myself. I am happy for it. But it makes me no better or worse than anyone else.

I do say all this in order to say this: I have a lot of experience in Christian activity. I know there are a lot of others out there who can say the same thing. Those who have been Christians for a long time see and know and understand more than new Christians simply based on time.

However, this can also lead to the enormous danger of ceasing to change for Christ.

You see, having grown up as I did, I struggle with what it means to change my life for Christ. When you grow up (usually) following the rules and knowing the boundaries, you don't always know what needs fixing.

And even when you do, it seems like such a "small thing" that there is not much of a sense of urgency. After all, you have so much of the other stuff right. Right?

This is poison to any Christian, and especially dangerous against long-time ones. When we buy into the lie that we do not have much to change, that there are only small things left, we are in grave danger. It saps us of our will and our strength, then moves deeper to sap our will and strength against other, stronger foes.

It happens when I think to myself "I'll pray later," only to realize that "later" comes when I am exhausted and falling asleep in bed.

It happens when I look at the Bible I purchased in order to make notes and thoughts in over the next 10 years in order to give to my children, and say to myself "not yet, I have other things to do."

When an assassin uses poison to kill someone, they usually don't use one that kills all at once. That would draw too much attention and cause the person to seek (and possibly find), a cure. Instead they use a poison that works slowly, ingraining itself into a person's system. It then weakens, drains, and eventually kills its target.

My encouragement for you today is to not fall victim to the poison the enemy plants in you. Do not accept the argument that "small things" matter less than "big things." All things matter to God, and He calls us to continually change for Him.

In Philippians 3:12 Paul (Paul!) writes "I don't mean that I am exactly what God wants me to be. I have not yet reached that goal. But I continue trying to reach it and make it mine, that I may reach the same thing that Jesus reached me for. Brothers, I do not count myself to have reached the goal; but I do one thing, forgetting those things which are behind and reaching forward to those which are ahead, I press toward the goal for the prize of the upward call of God in Christ Jesus."

Instead of falling victim to the poison, let us recognize that we, too, have not achieved the end-result of our faith. Let us realize in a visceral way that we too are in need of change and in need of a Savior. Not just in the big, general way, but in a way that continues to change who we are in everyday life.

Let us get back to square one and re-examine ourselves. Let us go back to the beginning of our faith, look at where we are and what God calls us to be. Let us look at all of these things, and recommit ourselves to the Lord of Hosts who calls us His children and who loves us so much that He gave Himself for us.

Let us return to Him. In every little way.
Posted by Jared Kemp at 10:03 AM No comments: 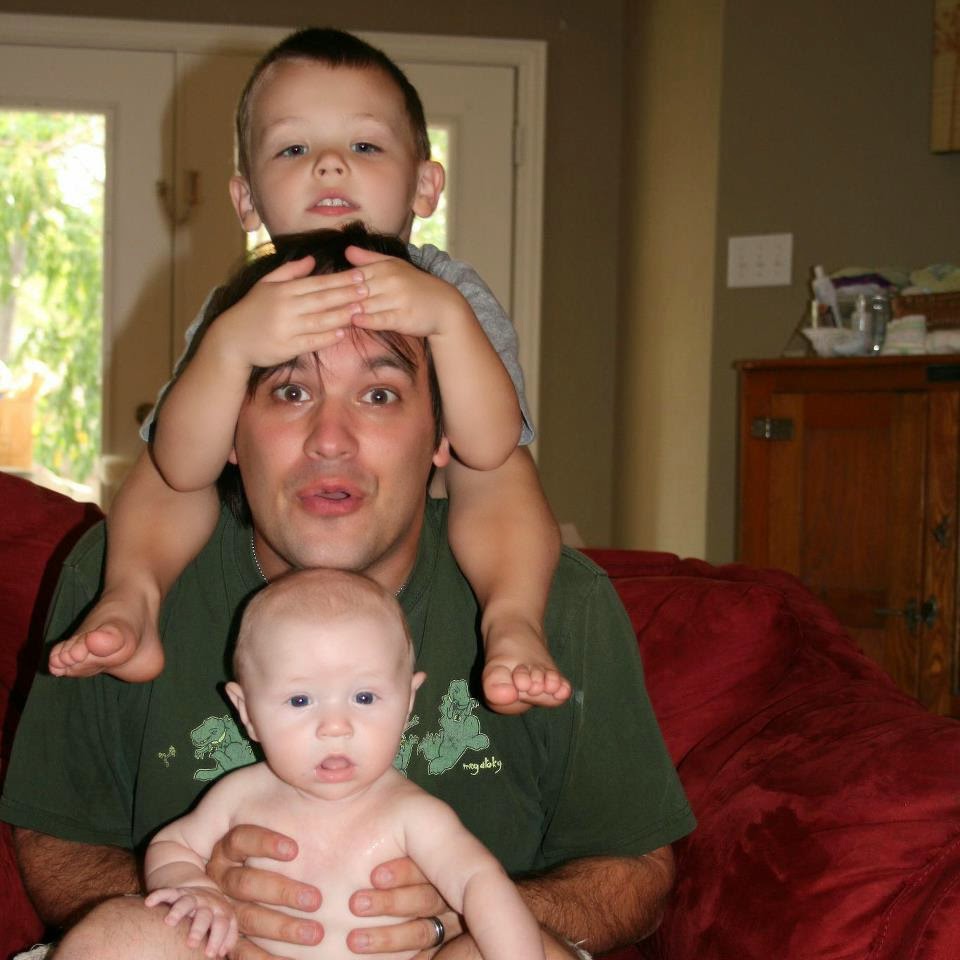 Us, about two years ago.

Here is where I think a lot of Christians (myself included) tend to get mixed up.

The God we worship is a Father to us. A perfect Father. One who makes no mistakes, knows everything all the time, and wants the ultimate best for you (even if that brings you pain in the present).

Now I won't lie, I had a fantastic dad. He spent time with us, worked hard, kept and continues to keep God first in his life. He was a great example of what a father should be.

He is also far from perfect.

Like whenever he is working on something he loves to work on but you would never know it because he seems like he wants to murder the project.

Or when he went to Russia for a couple weeks on business and told everyone but me.

Or when he was cutting branches out of a metal fence with a chainsaw and accidentally cut his leg badly with it.

He makes mistakes. He is human. And he is my dad.

One day my boys will see my faults as well.

Like when I am enjoying what I am doing but you would never know it because it seems like I want to murder it.

Or when I forget for the fifth time to fix a toy I said I would.

Or when I accidentally cut or stab myself because I'm not paying close enough attention to what I am doing.

I make mistakes. I am human. I am their dad.

But my Heavenly Father makes no mistakes. He doesn't get angry at ridiculous stuff. He never forgets anything He should remember. He never gets hurt because He did something dumb.

My dad loves my brother and I. I love my boys. There is no question or doubt about that fact.

But God loves me, them, and you so much more than any of us could ever fathom.

The mix-up comes when we get the idea that God is a Father to us in the same way our fathers are. We imprint upon Him our idea of what a dad is like, and see him in that way. When we do this we place upon Him (even if it is just subliminally), sickness, mistakes, anger, and other human characteristics. I do not believe this is intentional, or that we are actively trying to bring God down a notch; if God is a Father it is only natural that we view Him through the lens we know. But it can become a problem.

So I want to ask you to try something. Take some time and consider who God really is, and what it means that He is a perfect Father who loves you, who makes no mistakes, and who's biggest goal is to bring you to His side to be with Him forever.

He wants you to come to Him. He will never blow you off, or tell you to wait a little longer. He has all the answers and knows exactly when to fill you in. But He is a Father to His people, and whether that means praising them, punishing them, or helping them, He does it all so that we can be with Him in the end.

So be encouraged today to talk to your Father in Heaven. Spend time with Him. Know Him fully.

After all, He's already prepared to spend eternity with you. Why not start now?
Posted by Jared Kemp at 9:05 AM No comments: