What Its All About 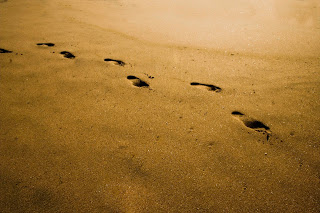 Christianity is tied to one central object, and one alone. That object is Christ. It is not love or kindness or being nice or giving. Please don't mistake me (and if you know me at all you probably won't): those things are all extremely important, non-negotiable, huge parts of what Christ called us to be. They are not, however, what make up the central tenet of Christianity. And we need to be careful we do not worship the call over the Caller.

"And now these three remain: faith, hope and love. But the greatest of these is love."

"Pure and undefiled religion before God and the Father is this: to visit orphans and widows in their trouble, and to keep oneself unspotted from the world."

These are all fairly well-known verses in the Bible. They speak of some of the central callings of the Christian. We are called to be all these things and more. We are called to give, to help the poor, to defend the weak, to encourage the brethren, to show mercy and pity, to love our neighbor, to be good, to show hospitality, and many other things.

But they are not what Christianity itself is about.

Hebrews 12:1-2 says "Therefore we also, since we are surrounded by so great a cloud of witnesses, let us lay aside every weight, and the sin which so easily ensnares us, and let us run with endurance the race that is set before us, looking unto Jesus, the author and finisher of our faith, who for the joy that was set before Him endured the cross, despising the shame, and has sat down at the right hand of the throne of God."

This is what I mean when I say Christianity is not about being nice, love, kindness, etc, but Christ.

Being a Christian requires those things, but it is not about those things. They are important and non-negotiable, but they are not the hub of the wheel. Jesus is.

The Hebrew writer makes it clear: we are to lay aside every weight (those things which hinder us), put away sin and run the race. We run that race by following in Jesus' footsteps. We follow His footsteps by loving our neighbor, by helping the poor, by encouraging the downtrodden, by showing kindness and mercy to all regardless of who they are or what they've done, etc.

Because Jesus is the only one that can save us. Without Him, everything else loses meaning. It is because of Jesus that everything else has a purpose. I cannot work my way into Heaven, I have to come through Jesus.

Want to know how big a deal love is?
"Beloved, let us love one another, for love is of God; and everyone who loves is born of God and knows God. He who does not love does not know God, for God is love." I John 4:7-8.

If you don't have love, you don't know God. That's pretty clear. Love cannot be separated from Christianity. It is completely entwined within it.

But want to know the greater purpose of love?
"In this the love of God was manifested toward us, that God has sent His only begotten Son into the world, that we might live through Him. In this is love, not that we loved God, but that He loved us and sent His Son to be the propitiation for our sins. Beloved, if God so loved us, we also ought to love one another." I John 4:9-11

It is time we took the Word of God seriously about the calling He has called us to. To be there for the weak, to aid each other, and to love. Because He loved us first, and because He calls us to follow in His footsteps.

So let us follow. Not in the (relatively) weaker elements of the calling, but the greater One. The Hub. 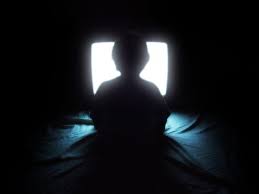 As you probably know, the new Muppets show recently aired on TV. It has been promoted as being a more "mature" and "edgy" version of the Muppets, with sexual jokes and innuendo, some language and a large dose of cynicism injected into the characters.

Now I'll be up front. I'm not a big Muppet guy. I remember seeing them on TV and Sesame Street, but they were never really my thing. I do not have much of a nostalgic view of them. I do at least try to keep informed on what is going on in the world though, and this was a big deal in the TV world, so I went ahead and watched it. I don't think I'll ever watch another one (like I said, Muppets aren't really my thing), but at least I know what it looked like here so that I can know what I am talking about.

It got me thinking, however, about what we consider to be "mature" programming. Now to be clear, while some of the jokes were crude and cynical, I didn't really notice anything horrifyingly blatant and outlandish, at least when compared to shows in similar time slots and formats. I had read what others had written about the show, but it really wasn't some new level of disgusting or crass. It was basically like any other generic mockumentary show, with Muppet characters taking the place of people who would be there instead. Honestly I was just kind of bored.

But what I want to talk about is the larger issue at play here, which is why we call certain things "mature" and "edgy" and what that really means when it comes to what we choose to watch and play and allow our children to watch and play.

For a long time now (and especially it seems since TV Ratings began), the term "mature" has been used to describe many things that are anything but actually mature. We see this in the video game world as well, where M ratings for games are given out for content that is not mature, but for the blood, language and sex involved in it.

But blood, language and sex are not mature things in-and-of themselves. In fact they often do little more than cover over a film or game that, at its core, is simplistic and sophomoric in its telling. And we are the lesser for it.

The reason I take issue with this is because of how it has been and does change our perception of maturity. In doing this it gives those who are not mature (children, teenagers) a false idea of what it means to be mature and what it means to grow up. Children want to grow up and be big enough to do what adults are allowed to do. There used to be a time where that meant work and have a family and strike out on their own. Now in so many cases it becomes taken to mean play what adults play and watch what adults watch.

And those are two very different goals to have.

I realize that this is anecdotal, but I remember a kid in elementary school who told me he didn't want to play a video game unless it was rated 'M'. Having an 'M' rating meant it was good. All the other ratings meant that the game just wasn't worth playing, basically.

This was a kid. He wasn't over 4th grade at the time. He had no business having seen an 'M' rated game, must less it being his rating of choice.

But I am convinced that the reason he wanted to play those games (along with so many other kids), is because he wanted to be like the adults. And we have so infantilized and degraded what it means to be mature as to make it worthless. The biggest problem is that while we will suffer some for it, those who suffer the most from that mistake will be the kids who grow up thinking this is the way it is and should be. That your maturity is based on what you play and what you watch, instead of who you are and what you do with your life.

This is why it is so, so important that we not only take care of what our children watch and play but pay attention to what they perceive as why they can watch and play those things. Do we use terms like "this is a Mommy and Daddy show," or "this isn't a game for kids," not realizing that we may be driving them towards those same things by saying so? When we do something inappropriate for kids, we need to ask ourselves why said thing is inappropriate.

The reason we need to ask ourselves why is because there are legitimate reasons for why we can do things children cannot do something we can. Some of these questions may look like the following:

Is it too complicated for them to understand?
Are the themes involved not something they are emotionally ready to handle?
Are my children ready to have their worldview challenged this way?
When is a time I would be comfortable allowing them to do this?

There are other questions to be sure, but this is a sample of legitimate reason you may not want your children to watch or play something. There are another set of questions that need to be asked however, that are a bit harder. We need to ask them though, because there are things that are not legitimate reasons for us being able to watch or do something when they cannot. Some of these questions may look like the following:

Is there anything good or worth thinking about in this show/movie/game?
What is the reason behind what is going on in it?
Is this glorifying sin or something that is sinful?
What is this filling my mind with and how does it affect my life?
Do I, as a Christ-follower, have any business watching or playing this?

Again, there are more questions than these, but this is a start. These questions are why I am so against things like Game of Thrones, the Kardashian's show and Attack on Titan (among others). They are why I refuse to play games like the modern Mortal Kombats and The Last of Us. It is not that they are well-polished and smartly done, but because they give nothing good back to the one involved with them. They are filled with gore, evil, cynicism and language and wrapped in a coating of sadistic humor. To fill yourself with entertainment like this is to fill yourself with the evil they are filled with.

Take stock of your entertainment. Consider whether it is something worth being a part of or not. If you may come to the conclusion that yes, it is OK then great! But keep checking yourself so as to not get sucked into something that is not. If you get the feeling that it is not, perhaps it is time to change. Don't be afraid of it. It will enhance your life. It will enhance your children's life.

But don't allow the the world to tell you what you should or should not like, watch and play. Allow God to answer that question. He will never let you down.
Posted by Jared Kemp at 9:29 AM 1 comment: