Christians: The World Does Not Get to Tell You What You Believe 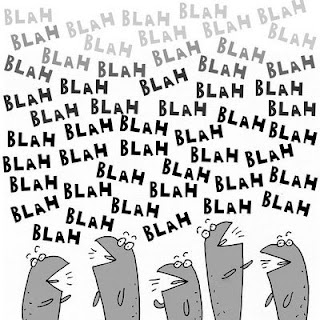 There has been a growing trend I have taken note of lately when scrolling my Facebook and new feeds which has been disturbing me. It has been around a while, but lately has seemed to be rapidly increasing. What I am encountering disturbs me not because it has an effect on me personally, but because it can have an enormous impact on newer Christians and those who are weaker in the faith.

The trend is this: people who are not Christians, who have not studied the Bible with an open heart willing to accept God's Will, are telling Christians how they should believe and what their faith should look like.

This is a problem, and not a small one. This is a major issue that needs to be (not should be, but needs to be) corrected in our homes and church families. This is not people of faith disagreeing on some random issue, this is not people who love God have debates over what The End will look like, and this is not some petty inter-congregational squabble. This is the world, who does not care about nor love the One True God telling us His children what we should believe about what Him and His Will, regardless of what He has revealed in His Word.

This is a problem which cannot be ignored.

As those who desire and strive to follow Christ, it is time for us to start educating ourselves on what He has revealed in His word. When you hear the argument that "Jesus never said that," it is a lie. He is God, and if you believe that God led man to write what He desired then yes, Jesus did say it. He may have said it through another's written word, but if you believe in the inspiration of the Bible there is no getting around the fact that Jesus did say a great many things that people have not given Him credit for.

So I want to encourage you, as short a post as this is, to stand firm not in what the world tells you to believe, but in what God says. He is the One True King, the Alpha and the Omega, and the One who makes all things new. There is none better that we can listen to beyond Him.

So listen to the True One, and Him alone.
Posted by Jared Kemp at 7:48 AM No comments:

Put on the Armor

This was originally written for this month's bulletin article at the North Park church of Christ, but I wanted to share it out here too. :-)

There is something in reading these verses that has hit me, which I had not really considered too deeply before. These verses come just before the famous “armor of God” part of Ephesians 6, which has spawned posters, songs and many years’ worth of VBS material. Many of us know all about the armor of God. I have even heard entire sermon series on it, each part dedicated to a specific piece of equipment. But reading this section again I have to ask a question.

When is the last time we actually put the armor on?

I am a big fan of fantasy. I grew up liking it and I continue to jump into just about anything with knights and kings, magic and monsters, battles and honor. Something consistent in fantasy worlds is the importance of one’s equipment. Whether it be a sword, a father’s armor or an ancient talisman, great need and importance is given to taking care of and using what one has. It makes sense, because otherwise, why carry it around at all?

I sometimes wonder if we need to ask ourselves if we only carry around the armor of God instead of wearing it on a daily basis.

Sometimes armor can be uncomfortable. It can feel heavy and bulky, and even like we won’t be as effective. But that is only temporary. As we wear and live in the armor on a day-to-day basis, it will become less and less uncomfortable and unwieldy, while become more and more a natural extension of who you are.

Think back to when you first got married (if you are). When the ring goes on your finger it feels weird and kind of heavy. It rubbed against your other fingers strangely and threw the balance of your hand off, even if just a little. It didn’t take too long, however, before your fingers conformed to it to the point where taking it off made you feel like you were missing something. It had become a part of you.

You see, the enemy isn’t going to sit around and wait for us to put our armor on before attacking. If he finds us without it, you had better believe that we are walking around with a giant target on our back. It is not good to have the armor without using it in every part of our lives. It is the equipment God has given us to fight back against the evil one. To claim victory in this world of darkness. So let’s make sure we are wearing it. Every moment of every day.

Let us claim victory with the equipment God has given us to claim it with.
Posted by Jared Kemp at 3:39 AM No comments: