Christ Died for Our Hearts

This is a rewrite of AW Tozer's essay of the same name. Large parts of it are quoted (but not marked as so), other parts are rewritten for clarity with a more modern audience. Originally written 50-70 years ago, none of it my own, it is very much worth reading. 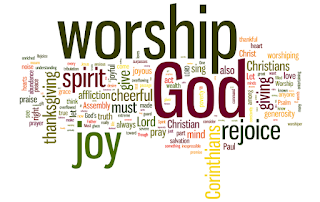 The human heart lives by its sympathies and affections. In the day that will try every man's works it is not how much we know that will come in for much consideration. What and whom we have loved will be about all that matters then. For this reason we can never give too great care to the condition of our inner lives.

The vital place of moral sympathies in human character has not received the attention it deserves from our religious teachers in recent times. We are only now emerging from a long ice age during which an undue emphasis was laid upon objective truth at the expense of subjective experience. The climate in church circles was definitely chilly. We made the serious mistake of comparing ourselves to each other to judge our spiritual lives instead of comparing ourselves with Bible saints and with the superior lovers of God whose devotional works and hymns linger like a holy fragrance long after they themselves have left this earthly plane.

The reason behind this huge error is not hard to discover. The movement toward objective truth and away from religious emotion was in reality a retreat from fanaticism. Bible-loving Christians half a century ago were disgusted by certain gross manifestations of religious action by those who claimed to have the most exalted spiritual experiences, and as a result fled from the wildfire and into a deep freeze. Bible teachers became afraid to admit the rightness of religious emotion. The text became the test of tradition, and fundamentalism, the most influential school of evangelical Christianity, went over to textualism. The inner life was neglected in a constant preoccupation with the "truth," and truth was interpreted to mean doctrinal truth only. No other meaning of the word was allowed. Objectivism had won. The human heart cowered in its cold cellar, ashamed to show its face.

As might have been foreseen, the resulted in a steady decline in the quality of Christian worship on the one hand and, on the other, the rise of religious entertainment as a source of mental pleasure. Wise leaders should have known that the human heart cannot exist in a vacuum. If men do not have joy in their hearts they will seek it somewhere else. If Christian are forbidden to enjoy the wine of the Spirit they will turn to the wine of the flesh for enjoyment. And that is exactly what Christianity (as well as the so-called full gospel groups) has done in the last quarter century. God's people have turned to the amusements of the world to try to squeeze a bit of juice out of them for the relief of their dry and joyless hearts. Commercialized "gospel" singing now furnishes for many people the only religious joy they know. Others wipe their eyes tenderly over "gospel" movies, and a countless number of amusements flourish everywhere, paid for by the consecrated tithes of people who ought to know better. Our teachers took away our right to be happy in God and the human heart wreaked its terrible vengeance by going on a fleshly binge from which the evangelical church will not soon recover, if indeed it ever does. For multitudes of professed Christians today the Holy Spirit is not a necessity. They have learned to cheer their hearts and warm their hands at other fires. And scores of publishers and various grades of "producers" and getting fat on their neglect.

The human heart with its divine capacity for holy pleasure must no longer be allowed to remain the victim of fear and bad teaching. Christ died for our hearts and the Holy Spirit wants to come and satisfy them.

Let us be like Isaac and open again the wells our fathers dug and which have been stopped up by the enemy. The waters are there, cool, sweet and satisfying. The will spring up again at the touch of an honest shovel. Who will start digging?
Posted by Jared Kemp at 7:52 AM No comments:

You Won't BELIEVE What They Do with This Baby!

I hope that title is click-worthy enough. Because what they do with that baby is tap its heart and see it beating, then cut off her face to pull out her brain.

Do I really need to say anything else at this point? I you think I do, then read on.

Just as a reminder right up front, this is not a political issue. It is a moral one.

I'm pretty much past the point of being angry. I don't know if I am even sad anymore. More than anything I believe I am just kind of numb. And not the good kind of numb that lets you ignore whatever is going on, but that sinking, horrible kind of numb that comes over you as a defense mechanism so you don't completely lose your mind.

If you haven't seen the video, I suggest you do not watch it unless you have an extremely strong stomach and/or demeanor. If you are a sensitive person at all, a transcript of it would be much, much better for you.

I have been pretty quiet on the topic of abortion, especially on this blog. I mention it sometimes in preaching, but rarely (if ever) in writing. That cannot happen anymore. Though I may be late to the battle, the evil is too great and the costs are too high for me to remain silent anymore.

It is known that science at large promotes the idea that life begins at conception. Even PBS (not exactly a religious or conservative think-tank), promotes their special "Life's Greatest Miracle" with the tagline, Trace human development from embryo to newborn through the stunning microimagery of photographer Lennart Nilsson.

Do we see the disconnect yet?

But Planned Parenthood can't even abide by that.

They have taken living people, born outside the womb, and dissected them to sell their parts for money. We are currently living in a society where government gives half a billion dollars to an organization that has taken living people and chopped them up to sell their body parts. Yet it is justified by saying "oh, well that money doesn't go to abortions." That is a lie. In giving that of money to an organization, it directly goes to abortions by freeing up money from elsewhere for them.

I can't believe I am having to argue against giving money to an organization that is now known to treat living humans as a chop-shop for research. Of all the things I thought I would ever write about, this was not on that list. Yet people defend it and politicians sit around twiddling their thumbs because "shutting down the government is bad" and "people don't like them looking like big meanies."

I dare say that the destruction, torture and selling of humans in order to sell their parts is a far greater evil than shutting down the government or looking mean.

I don't know what to do about all this. I'm just one person. But maybe, just maybe if people started banding together we could make a difference. There is a great evil on our doorstep. It is not far away, it does not take a plane ride to get there, it does not requires us to learn another language or culture. It is right here in our backyards.

It is time for people, and especially Christians, to start banding together against this madness. Like I said I don't have a 4-step plan or anything, but I can take ideas from others like Matt Walsh, who though I often have serious disagreements about how he writes, readily concede that he puts forth some good ideas, which are: